In our current ‘Culture Shift’ teaching series we’re exploring our new core values at Rayleigh Baptist Church. Last Sunday we continued with Authenticity [you can watch the talk here…]

When I hear the word authenticity, I immediately think of certificates whose purpose is to prove that something is genuine; these are often produced for a painting or sculpture. The Cambridge Dictionary has a helpful definition, that something authentic ‘is what it appears to be’. But before we get too high-brow with a discussion of art, let’s first think about cheese. Yes, really. 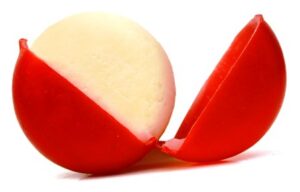 You are probably very familiar with the wonder that is Mini Babybel. [If you’re a cheese connoisseur, think of a tiny Edam, though slightly more squidgy] A Mini Babybel is a small cheese, much loved by children & parents. It comes in a plastic wrapper which when removed reveals a layer of red wax (other colours are available). By pulling the provided tabs, the wax is parted and can be removed, further revealing the cheese. Any child will tell you that although the wax is fun the first couple of times, the real interest is in the substance beneath –  that’s what really matters. Back to art and sculpture for a moment…

In ancient Rome it was a common practice for sculptors & merchants to hide any flaws in their statues with wax. You may not be aware but the word ‘sincere’ comes from this practice, stemming from two Latin roots ‘sine’ (without) and ‘cera’ (wax). The more honest sellers would hang a sign outside their shops which read “Sine Cera” (without wax) so buyers would know that no flaws were hidden from them.

The wax on those sculptures was there to hide the imperfections. Whereas on a Mini Babybel, the wax is there to provide protection for the cheese beneath. These two images can be helpful as we think about what stops us from being authentic with God & one another. Which picture most resonates with you?

In Acts 24, Paul has been arrested and is standing trial. He is called a troublemaker, accused of inciting riots, and even having desecrated the Temple. His character was being publicly torn to shreds, and though he was far from perfect (he knew his record, and his flaws), he was totally confident in who he was and what he’d done, stating: “I strive always to keep my conscience clear before God and man” (Acts 24:16). He knew his conscience was clear before the Lord.

Later, in Colossians 3, Paul & Timothy wrote to the new Church, “do not lie to each other, since you have taken off your old self with its practices and put on the new self, which is being renewed in knowledge in the image of its Creator” (Colossians 3:9-10). We don’t need to lie to one another, pretending to be someone/something we’re not – we need to ‘put on the new self’, finding the confidence of Paul in doing so and seeking to be more like God in whose image we were created.

Authenticity is about being real, honest, & truthful – about who we really are (identity), and about how we really are (vulnerability). God already knows… and He still loves us. We shouldn’t be afraid or ashamed to be honest with one another. A friend of mine once said ‘the greatest act of worship is being who God created you to be’ (Tim Williams).

Let’s seek to be honest & open with God and with one another, even though at times that will mean we feel vulnerable. And when our face masks are finally permitted to come off, let’s not hide who we are with wax instead. [figuratively, or literally] 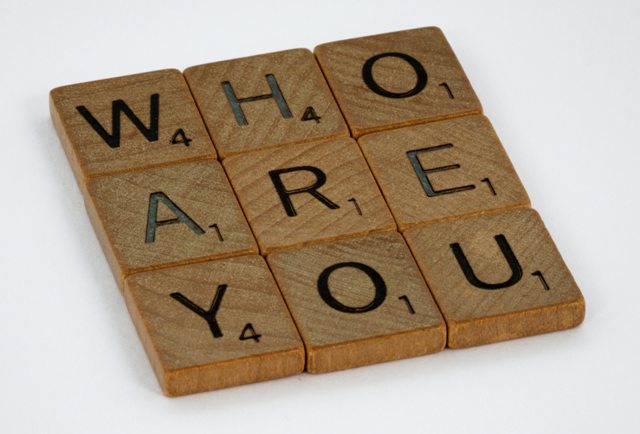